This post was originally published in the “Elkhart Truth” in August 2014. I thought it was a good time to resurrect it, because “Yesterday” is about to disappear from theaters. It’s a beautiful and brilliant film whether or not you know the Beatles’s music well, and it’s definitely worth catching on the big screen before it disappears. 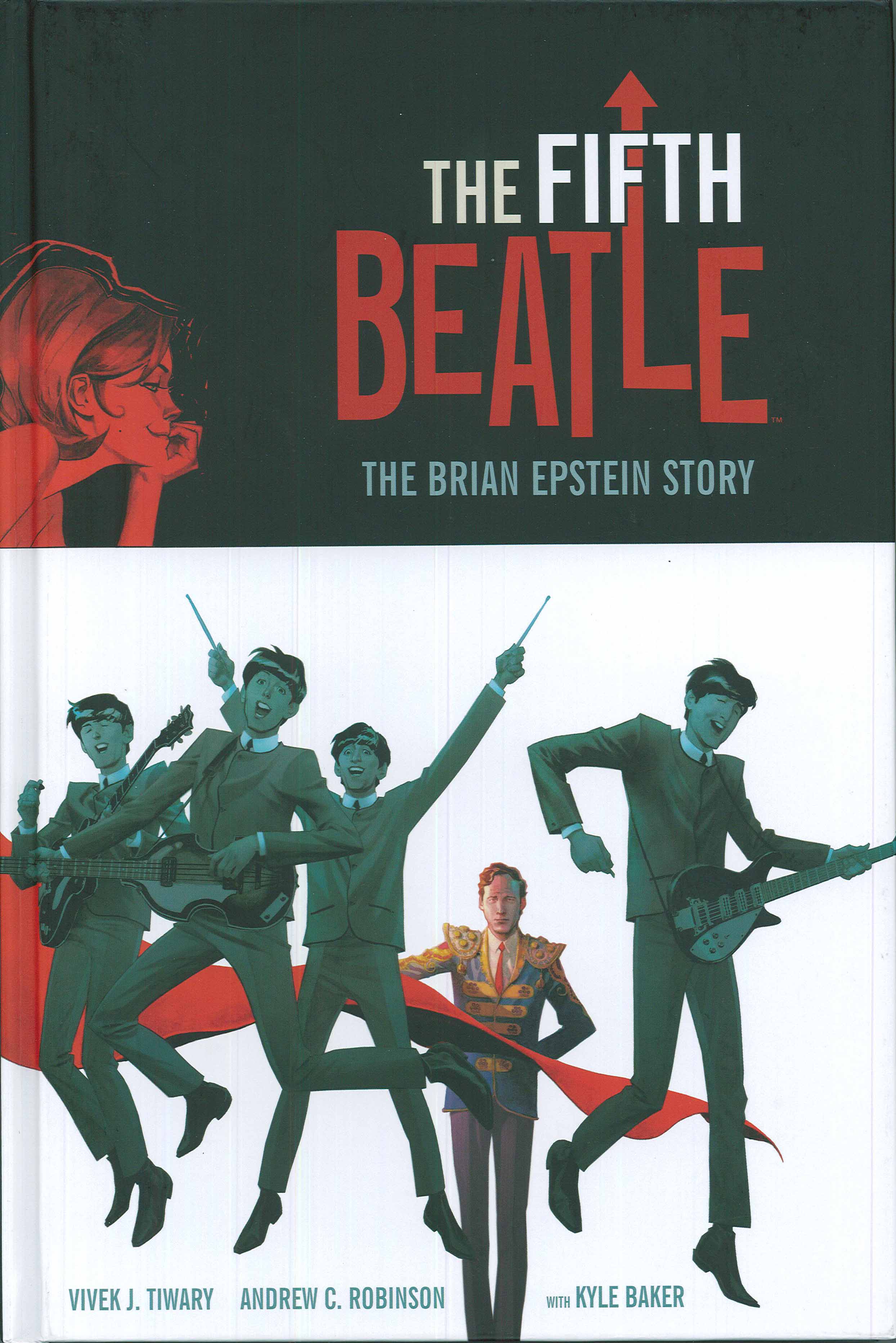 “The Fifth Beatle,” written by Vivek Tiwary and illustrated by Andrew C. Robinson and Kyle Baker is not a book about The Beatles themselves—plenty of those have been published, and plenty more are surely on the way. Neither is this book about the person usually referred to as the fifth Beatle: Pete Best, the drummer who preceded Ringo Starr.

The book’s title instead comes from a 1999 quote by Paul McCartney: “If anyone was the Fifth Beatle, it was Brian.” Brian Epstein was the manager—and some would argue the “designer”—of the Beatles, the man who transformed a witty and talented but ragged band into the polished, worldwide zeitgeist we remember them as today.

The main story of this book recounts how Epstein became a visionary businessman, but wore himself out trying to hide the fact that he was a gay man at a time when he could be jailed for it. He died at 32 of an overdose, probably accidental, of medication and alcohol.

For various reasons, both legal and personal, much of Epstein’s story was left out of early Beatles biographies, and although Tiwary fictionalized much of this version of the story—Epstein’s personal assistant Moxie, for example, while based on a real person, becomes larger than life on the page—he also undertook original research, which makes this a fascinating read for those who know some of the history of the Beatles.

But whether you know the Beatles a lot, a little, or not at all, this book is engaging and beautifully illustrated. The Beatles themselves float in and out of the story in entertaining subplots, and it’s especially fun to see main illustrator Andrew C. Robinson capture them perfectly in single, simple frames. 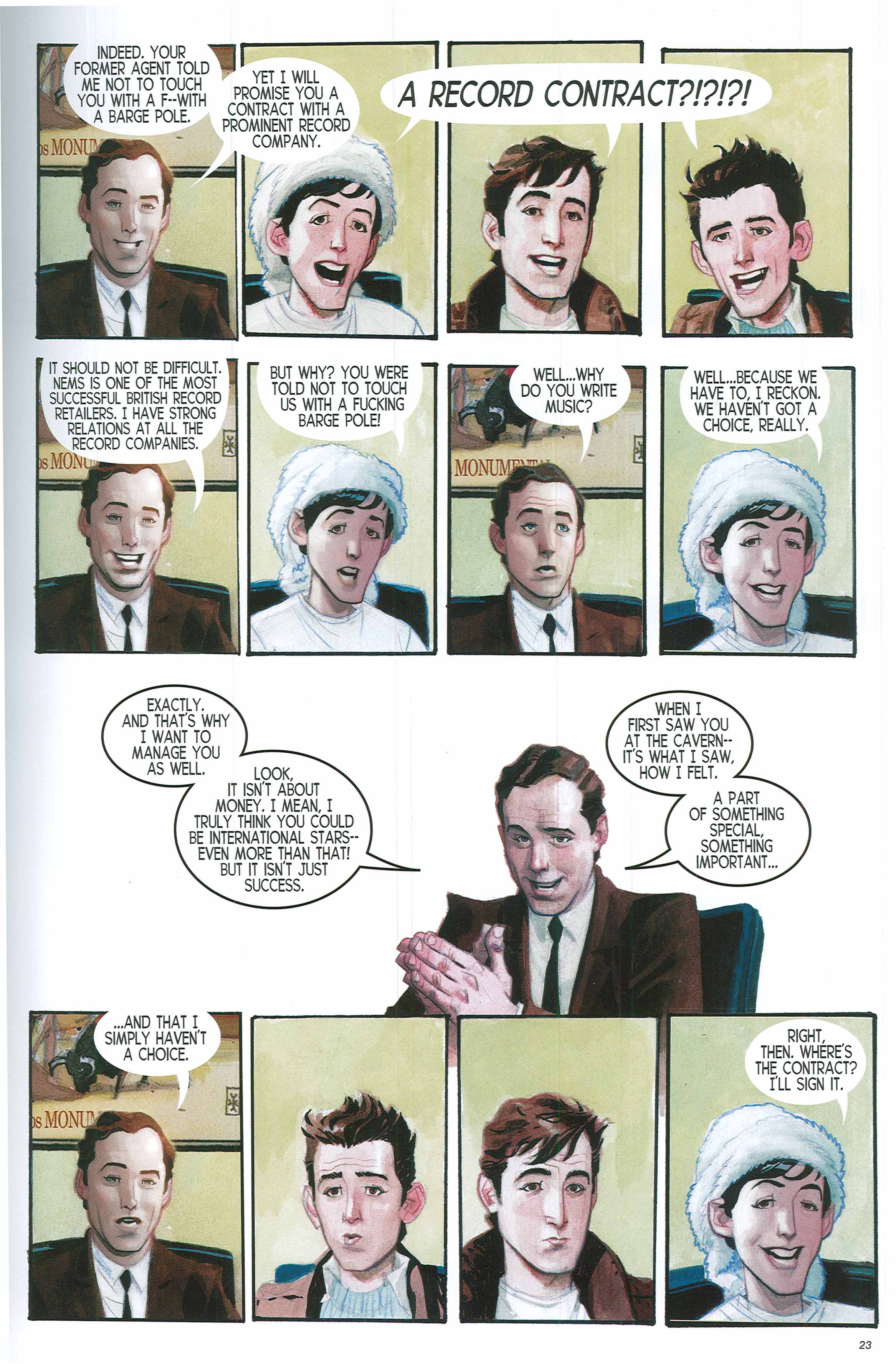 The individual Beatles aren’t explored in depth, mostly because this is a story about the phenomenon they became, the version of the band polished for global marketability rather than depth of character. Especially striking are the parallels between the creation of the Beatles’s public image and Epstein’s struggles with his own public persona—the marketing tricks he applied to himself to mask a major facet of his identity. Through his pills, the beautiful Moxie, and other means, Epstein attempts to package himself as effectively as he packages the Beatles. Ultimately, however, can’t keep up appearances any more than the Beatles could without him—they broke up within two years after his death.

Vivek Tiwary is a businessman as much as a writer, so for fans of comics as a genre, his interviews prove disappointing: this book serves as a trailer for a future live-action movie version of the story, and as such was designed to be a brief, digestible, and visually compelling a promotional tool. “I wanted it to be something you could read in one sitting, depending on how fast you could read, to be able to finish it in about two hours,” he told an interviewer at bleedingcool.com.

Please, however, don’t read this book in two hours—or if you do, please go back and read it again more carefully, because there’s so much to miss. One of the best examples is the lush sequence when Epstein first sees the Beatles, of which this page is only an excerpt: 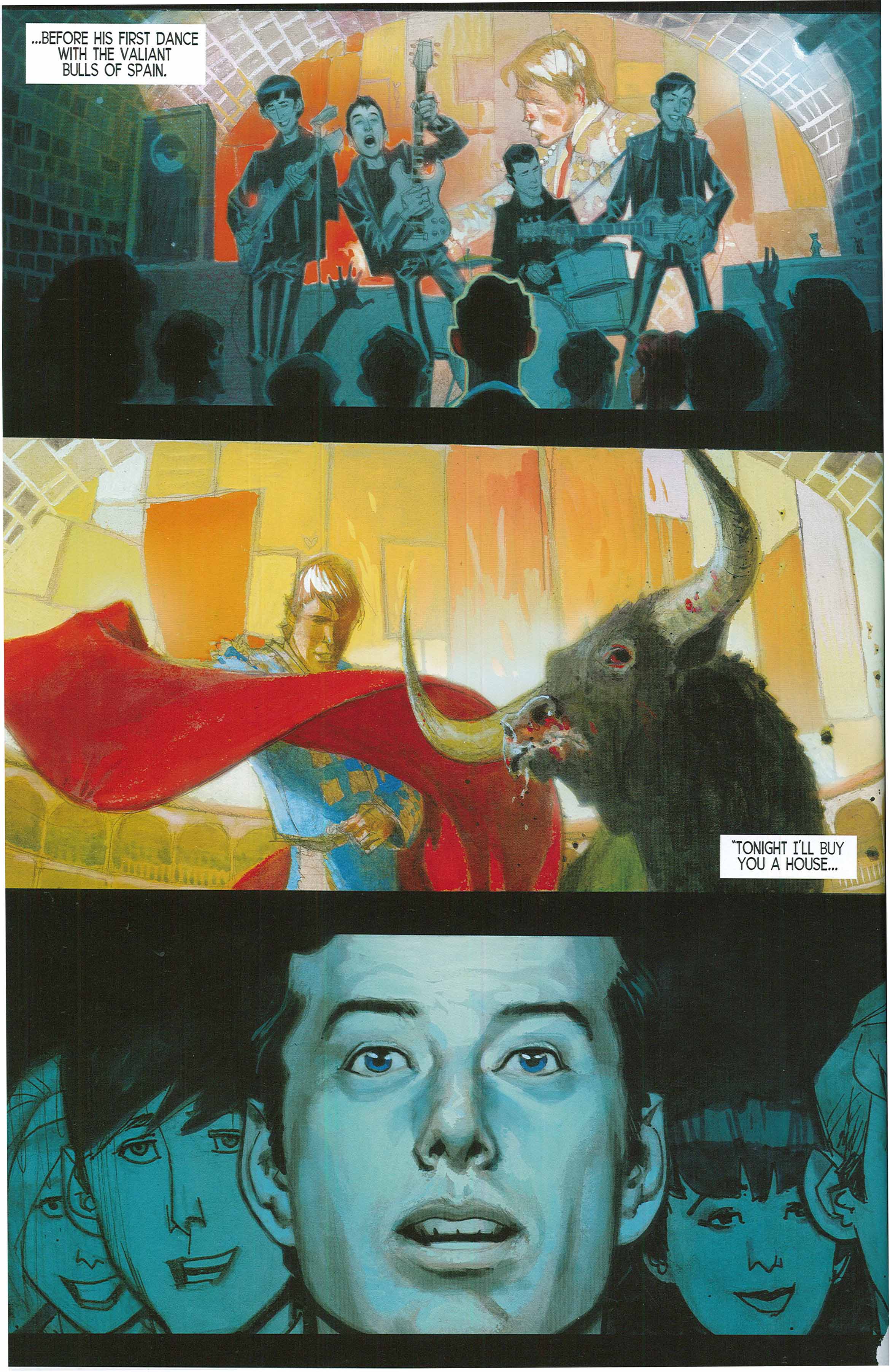 Robinson’s use of color also expertly advances the story: the moment when Epstein first sees the Beatles, much like the moment when Dorothy wakes up in Oz, opens the whole story into Technicolor. Robinson continues to orchestrate color like a musical score, emotions and themes sweeping back and forth among dominant browns, grays, blues, reds, and finally white.

Another section worth slowing down for is the lead-up to the Beatles’s 1964 “invasion” of the United States, only a few months after President Kennedy was shot. Here Tiwary’s narrative and Robinson’s illustrations juxtapose the innocence of the Beatles’s public image in these early years with the start of this dark chapter of US history: 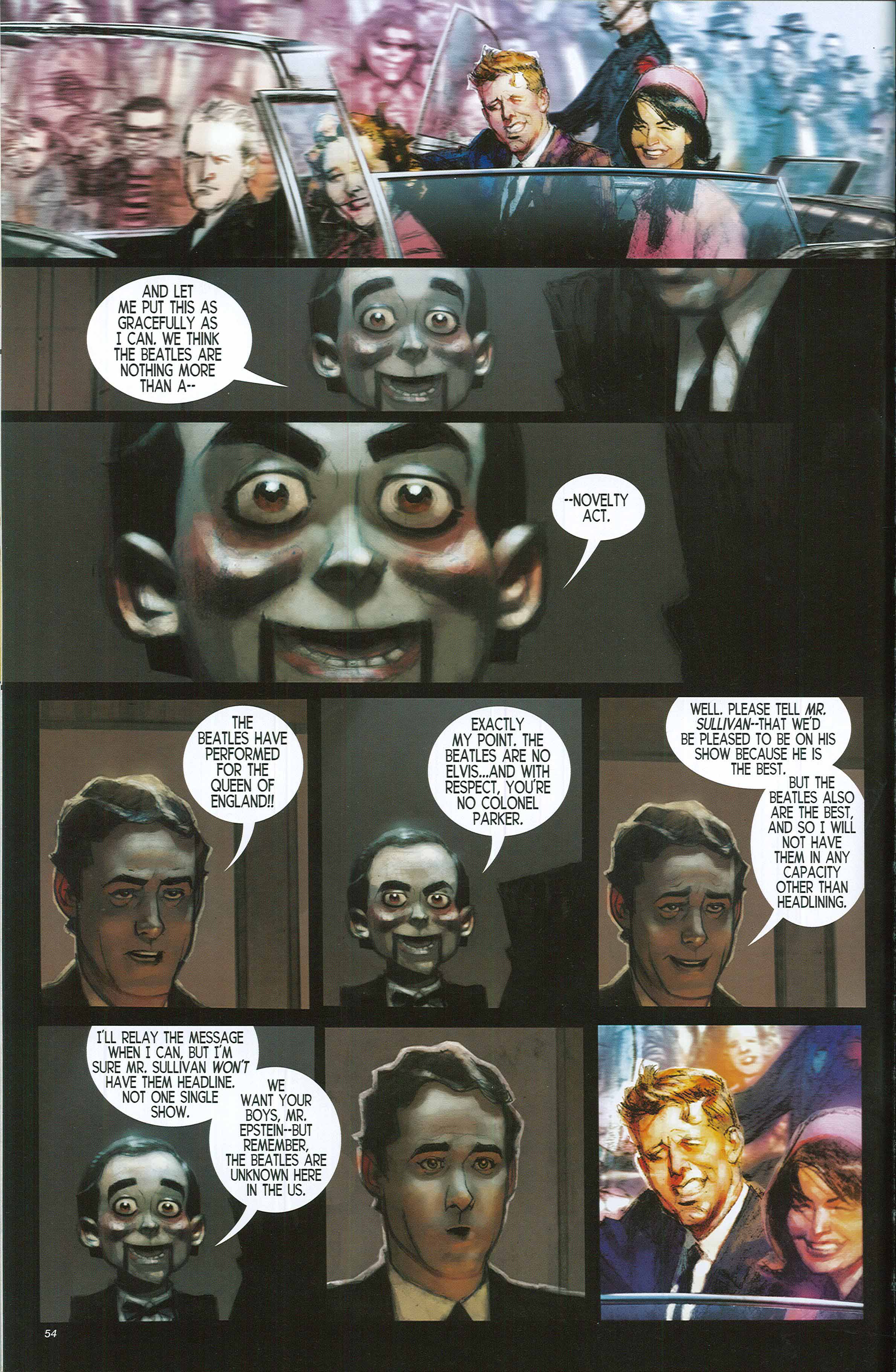 Tiwary is cagey about whether or not Epstein really had to negotiate with TV host Ed Sullivan’s dummy, but this scene effectively exposes the muddy undercurrents roiling beneath the Fab Four’s squeaky clean exterior.

In the book’s afterword as well as in recent interviews, Tiwary repeatedly calls Epstein’s story “inspiring”; in his “Bleeding Cool” interview he goes as far as to say that Epstein “realized some beautiful dreams to the benefit of all mankind.” A bit much, yes, especially for a project so expertly crafted to maximize profits. Yet the book itself proves much more nuanced and complex than Tiwary’s interviews alone might suggest. As with any work of art, it’s precisely that complexity that makes this book not only worth reading, but slowing down for.

See you in two weeks for a review of a very different type of comic. “Sunny,” by Taiyo Matsumoto, is a manga—Japanese comics—series that has been garnering awards and acclaim and among Western fans of graphic novels. 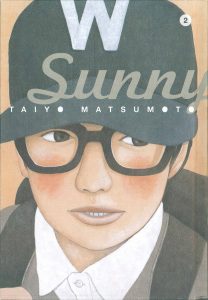 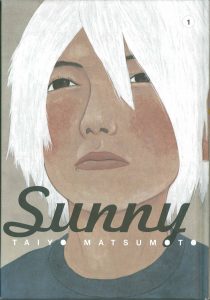