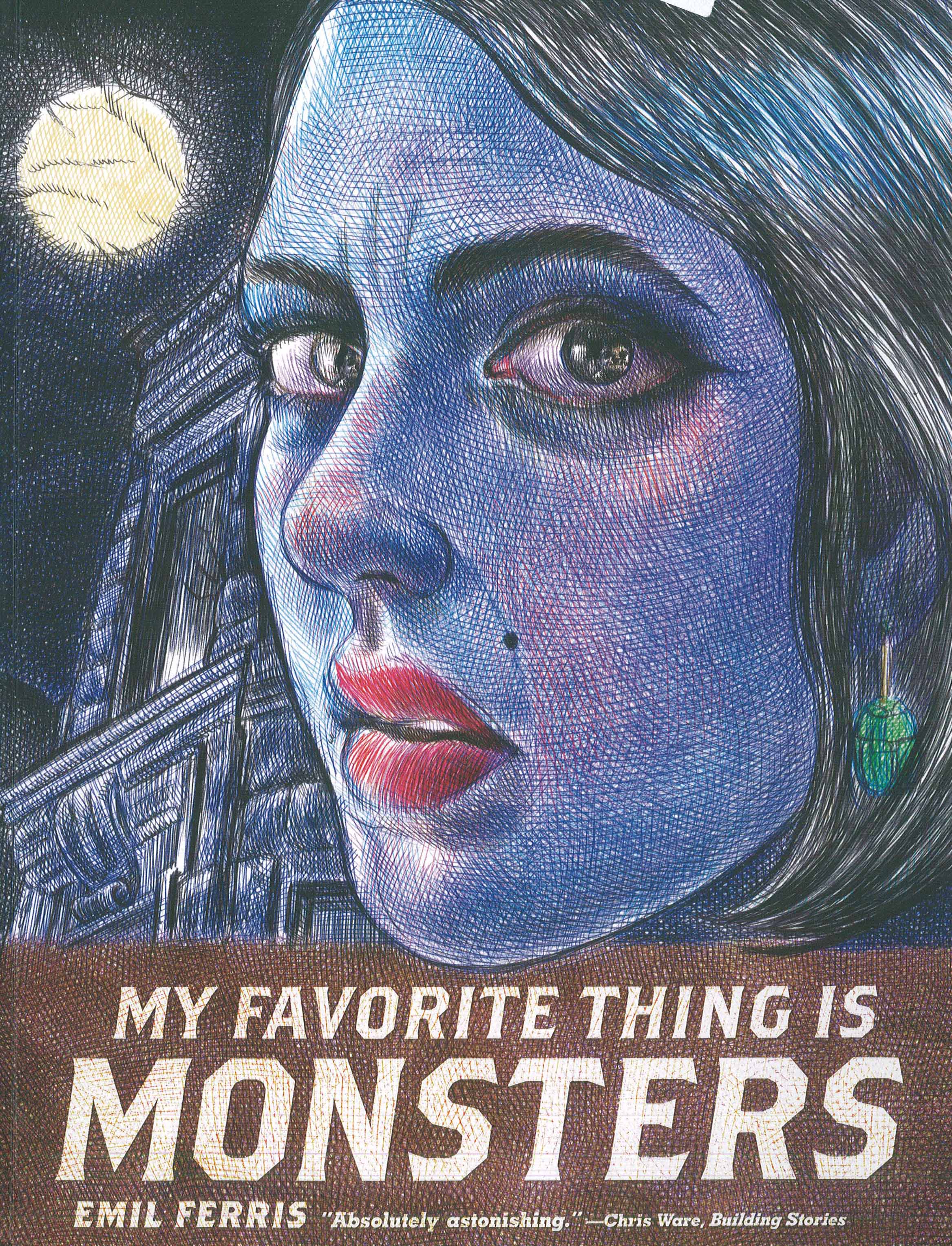 Chicago comics artist Emil Ferris deems “monster” an “honorable title. It represents struggle and wisdom bought at a high, painful price. . . . I make a distinction between good monsters―those that can’t help being different―and rotten monsters,” she told “The Comics Journal” in 2017, when her multiple award-winning masterpiece “My Favorite Thing Is Monsters” was initially released. How do you define a “rotten monster”? “[T]hose people whose behavior is designed around objectives of control and subjugation.”

This gorgeous and complicated book teems with monsters, both good and rotten. Among the good monsters are the protagonist Karen, an elementary school student who portrays herself as a werewolf detective, with surprisingly luxurious eyelashes, 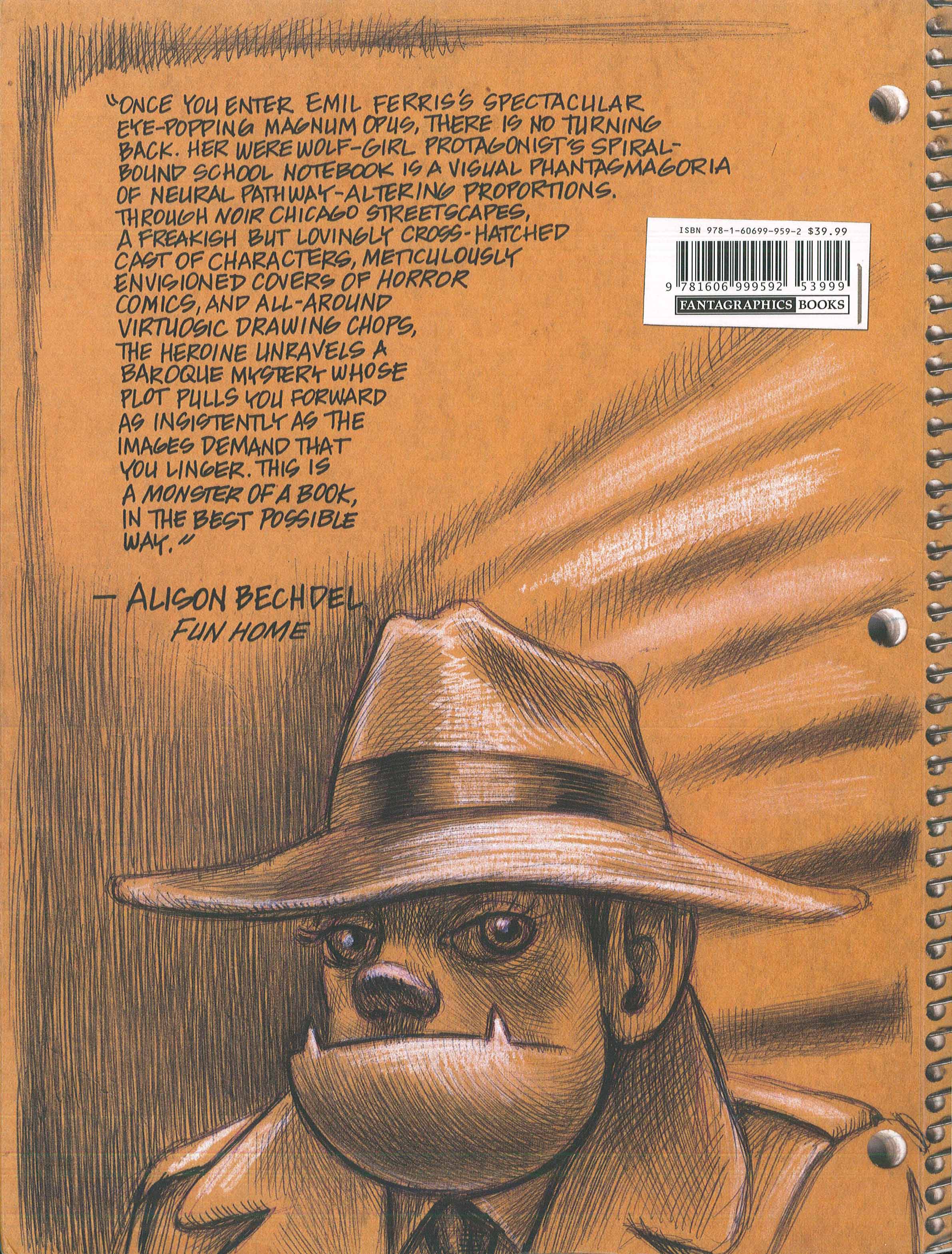 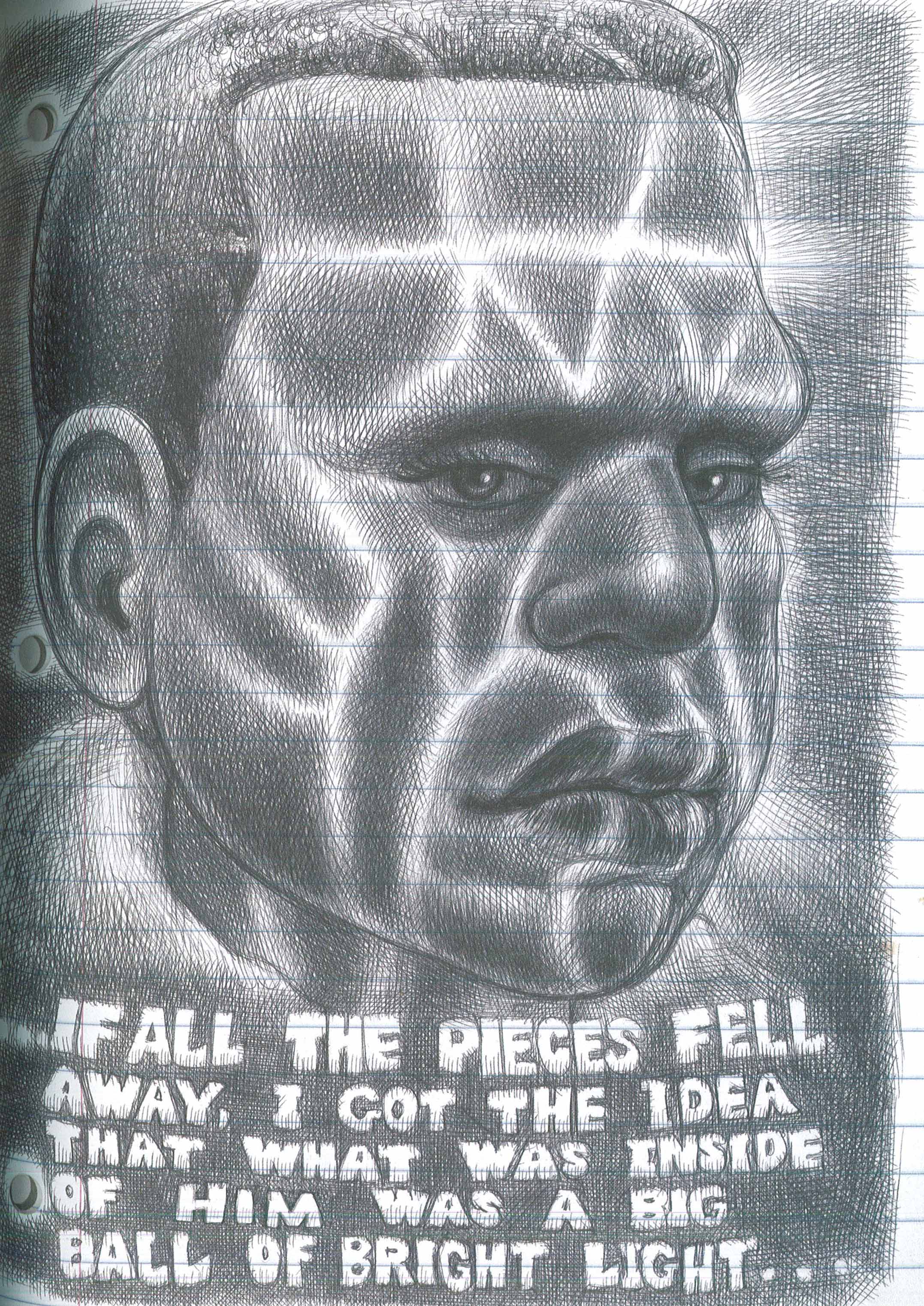 and Deeze, her wise but troubled older brother, who teaches her how to see and appreciate art, how to draw, and especially, how to “draw [her] way through” difficult events and emotions—like the overt racism of 1960s Chicago: 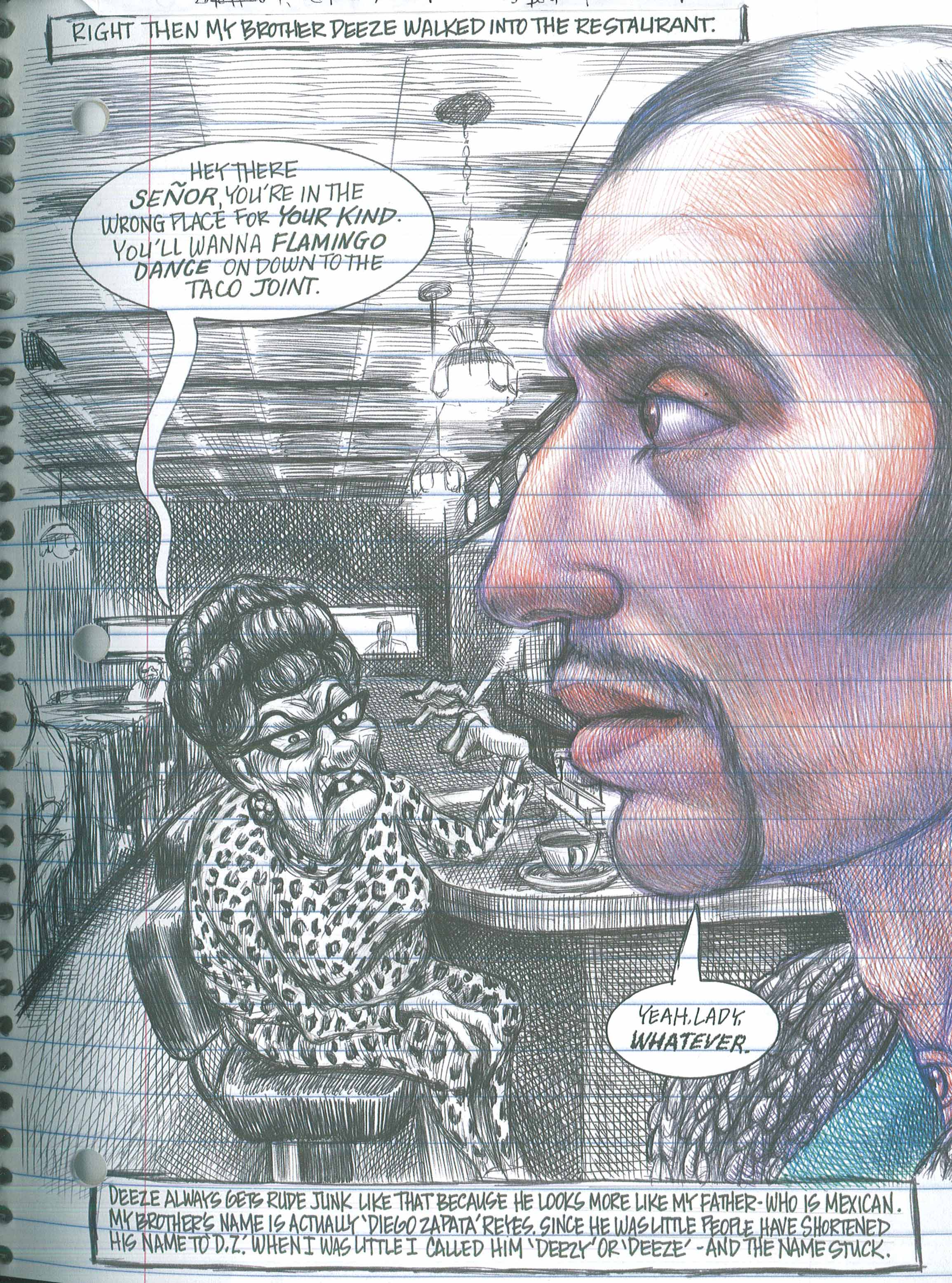 There are plenty of other monsters as “rotten” as the woman above, most notably the Nazis who traumatized Karen’s neighbor Anka (the woman on the book’s cover), and the “m.o.b.”—which in Karen’s world stands for “mean, ordinary, and boring”—that gathers to root out the monsters and misfits they deem dangerous: 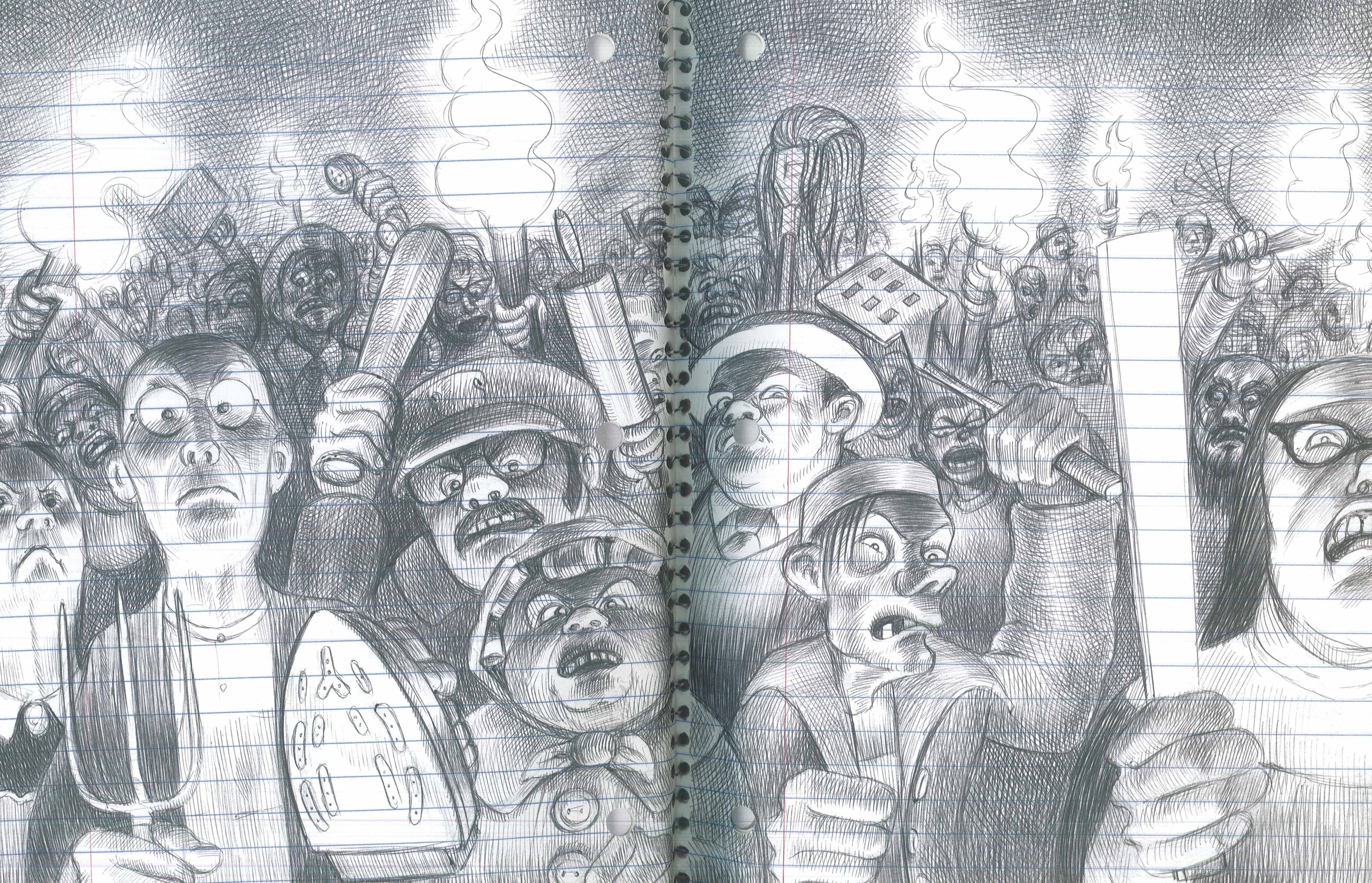 You might have noticed something about all of the “good” monsters so far: they’re outsiders in visible ways (race), as well as less automatically visible ways (e.g. class and sexuality). As the story develops, Karen becomes a “detective,” partly to try to solve a mystery about Anka early in the book, and partly to train her artist’s eye to make sense of confusing people, especially in their cruelty: 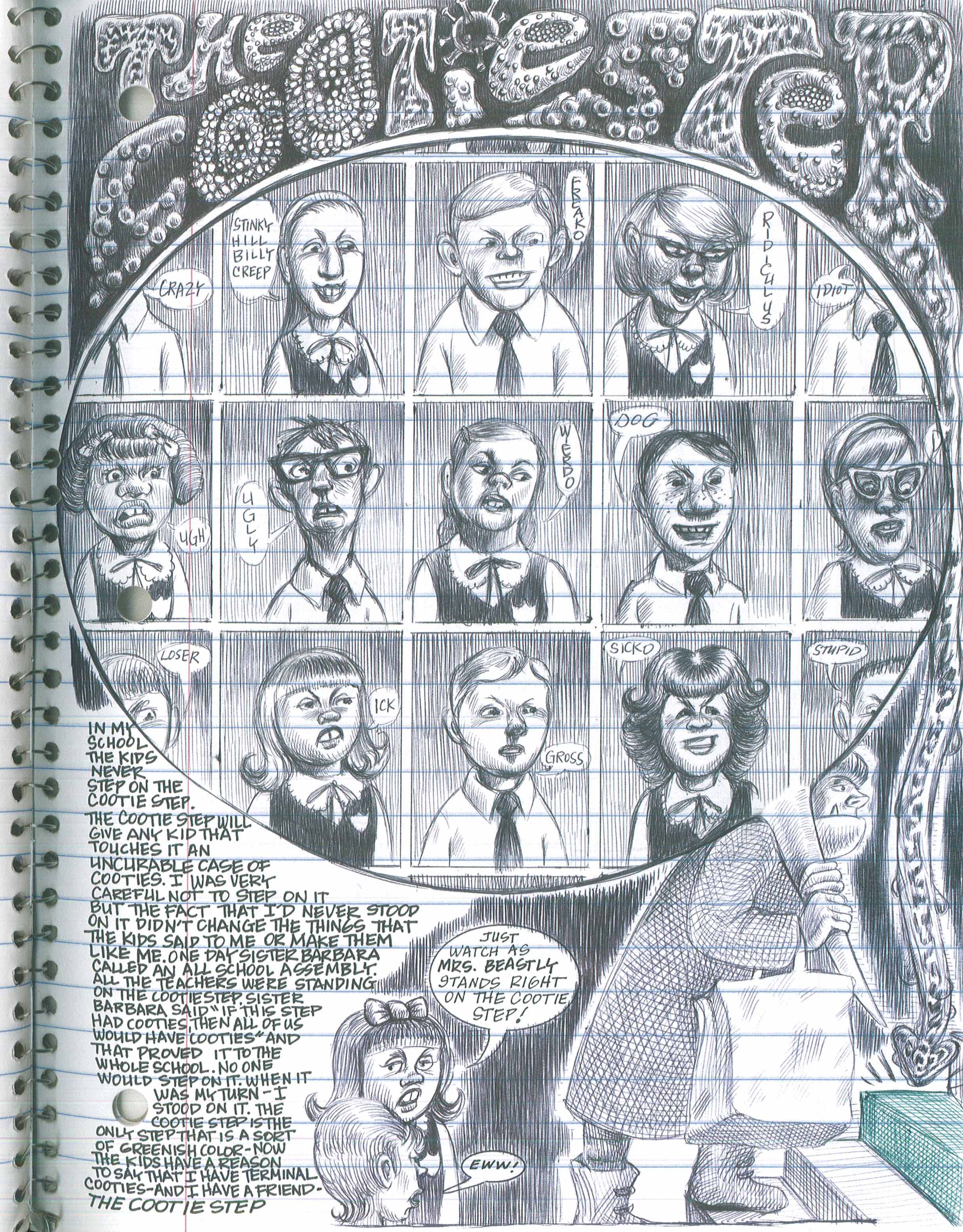 Ferris had been a working artist for a while when, in 2001, she contracted West Nile Virus, which paralyzed her from the waist down—and worse, paralyzed her drawing hand. Along her long, slow process of recovery, she retrained her drawing hand partly by earning a Master’s in Fine Arts from the School of the Art Institute of Chicago. Ferris drew her whole book on notebook paper with ballpoint pen, which gives the drawings a rare combination of authenticity and intensity, whether she’s reproducing an Art Institute masterpiece or a horror comics cover: 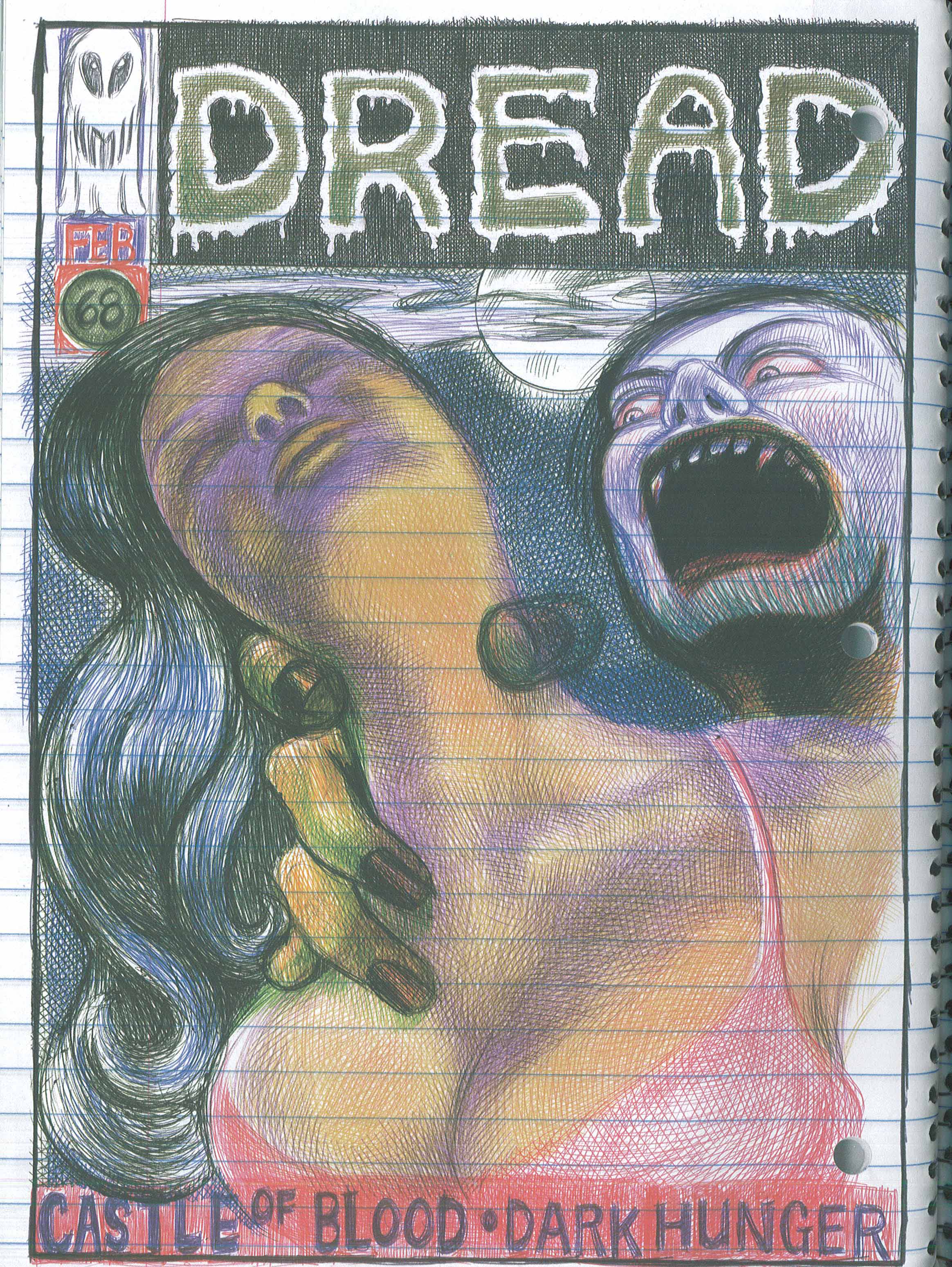 I normally review new books, but I’ve been on a monsters kick lately (see my reviews of Sofia and Del Samatar’s “Monster Portraits” and Marjorie Liu and Sana Takeda’s “Monstress” series, and this book is one of those masterpieces that only surfaces once a decade or so. It’s worth reading sometime soon, because the second installment comes out next year.

It’s also worth reading so that you can make some new friends—or if you’ve spent as much time in the Art Institute as Ferris and Karen have, so that you can see your old friends in a new light: 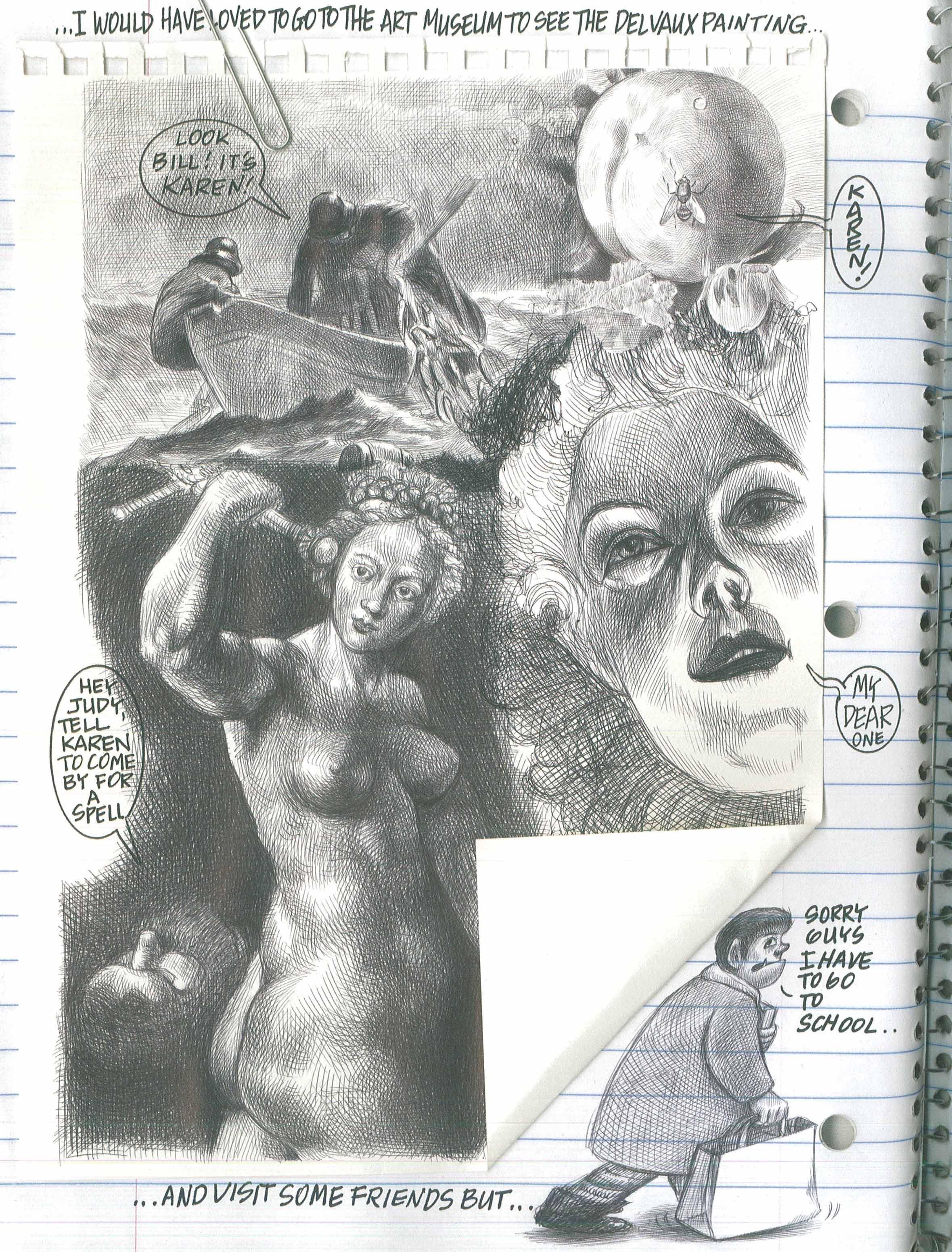 It’s become a bit of a cliché to ask “who’s the real monster?” The more challenging questions are who defines monstrosity, how much control do we have over the most monstrous parts of ourselves, and how easily can the definitions of monsters shift to suit the purposes of the people in control?

The usual knee-jerk reaction to the word “monster” is negative—very few people would be proud to call themselves monsters. Ferris, however, as she mines the distinctions between different types of monsters, not only resists the word’s most negative connotations, but revels in human connection rather than division as she contemplates what she called, in a New York Times interview, “our own inner monstrousness.”

“My Favorite Thing Is Monsters” helps both Ferris and her readers exorcise and embrace personal as well as societal monsters of the past and present. “Like monsters, we are creatures motivated by hunger,” she explained to the “Comics Journal” interviewer. “But also, like monsters, we are capable of mercy and love.”